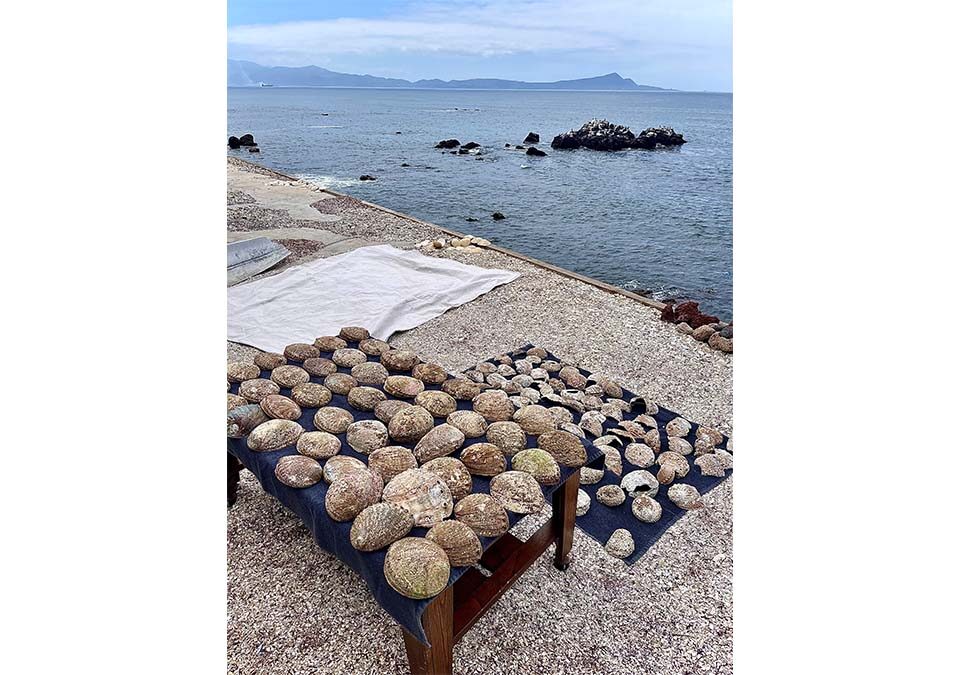 Since 2019, Livia Corona Benjamin has been conducting a localized research project centered in the agricultural and aquaculture industries found in the northwest area of the Baja California Peninsula. The pieces presented in this exhibition are the outcome of this investigation. For these works, Corona Benjamin uses a variety of residues and waste from these industries, such as shells recovered from clandestine dumps (created by the demand for bivalves and crustaceans from export companies), and the surplus plastic left by the polymer dispensing machinery used in agriculture. In her studio in the city of Ensenada, Corona Benjamin proceeds to crush, fragment, re-articulate, and give new meanings to these discarded industrial materials and natural objects. Through labor-intensive production processes she gives form to artworks that point to the environmental impact of these food industries, but which also engage other issues of concern to aesthetics and art history — such as craft practices, modern painting in the West, or the medium of photography. The scale of the pieces exhibited at PROXYCO, from small to mural-size, also synthesizes the dissonance between manual and industrial work. Overall, Corona Benjamin’s project continues her ongoing interest in the kinds of landscape that are at once natural but also economic and cultural, due to human action and intervention.

A large-scale mural work in the gallery’s front room, entitled Hothouse (2020), is articulated by plastic residues left by polymer machines. Such plastics, with particular color and density, are employed for specific functions within the chain of agricultural production. For example, some are used to cover greenhouses, whilst others serve to attract insects and thus encourage pollination. From a sea of waste, Corona Benjamin has selected particular pieces that demonstrate how the machine is able to involuntarily produce a sort of painterly gesture similar to the expressive mark making that has been fundamental in the conceptualization of modern painting in the West. Under this reversed perspective, an individual and heroic gesture is rendered mechanical and humdrum by technology. By substituting a polymer machine for the presence of the artistically expressive hand, the artist points to how the industrial order of food production under global capitalism has replaced manual work in agriculture and displaced rural populations around the world.

Strawberry Rush (2020) is another installation articulated with plastic waste. In this case, Corona Benjamin selected residues of the polymer employed to produce the baskets and boxes for transporting and exporting strawberries. Here her interest focuses on melted pieces that serve as shelves to hold natural examples of strawberries. These plastic fragments are endowed with capricious or organic forms reminiscent of rococo or art nouveau decoration. By appealing to historical referents, the artist acknowledges the forces and routes of global trade, active for centuries across whole continents, which have transformed plants and fruits once considered wild and exotic into quotidian staples. Works like Strawberry Rush and Hothouse continue Corona Benjamin’s interest in the transformations brought to the agricultural rural landscape by different economic regimes of mass production and industrialization. Such concerns are fundamental in her previous long-term projects such as Nadie sabe, nadie supo [Nobody Knows, Nobody Knew] (2016–19), and Two Million Homes for Mexico (2000–ongoing).

Other works presented in this exhibition explore the aquaculture industry. For Landscape (2020), Corona Benjamin uses a recovered plastic tarp, hung on the wall. On top of it are placed several smaller pieces produced with sea urchin spines. If the plastic residues in Hothouse can be related to gestural expression, these sea urchin spine pieces recall another legacy within the history of modern painting: the monochromatic surface. However, Corona Benjamin’s “monochromes” reveal a painstakingly manual process of production and, as such, refer implicitly to the intensive and reified work involved in removing the mollusk from its shell for market consumption. Within this ensemble, the artist has placed numerous shells extracted from both older and more recent dumps. As such, these natural objects have different states of fragmentation and pigmentation. Their placement by the artist creates a chromatically receding effect in tones of coral and purple. In this way the overall work resembles an image of coastline, a marine landscape. It is unavoidable to relate this last aspect of Landscape to Corona Benjamin’s longstanding interest in the possibilities of the photographic medium. In this case she explores the effects of different kinds of illumination, here swapping the darkroom’s projected light with the sun’s UV rays, which over time have altered the color gradation of the shells from their original underwater hues.

Further reference to the monochrome can be found in The Best of All Fishermen (2021), a series of five works installed on the opposite wall from Hothouse, which also engage with the history of modern painting through non-pictorial means. For these monochromes, Corona Benjamin has ground different kinds of abalone shells — blue shells both polished and unpolished, along with red and yellow — in order to use their iridescent nacre powders to cover the totality of the canvas surface. In this way each piece acquires a monochromatic tonality, and the triturated abalone shells act almost as ground pigments. Moreover, they produce a reflective surface. With appropriate illumination the works seem to radiate from inside out. As such, Corona Benjamin considers a line of research into the monochrome with regard to its interaction with light. This approach is recurrent in certain neo-avant-garde initiatives of the second half of the twentieth century in Europe, the US, and Latin America, and it also refers to the use of geometry and shell work in relation to the divine in Mexico’s pre-Hispanic societies.

In the course of her research, Corona Benjamin located a clandestine shell dump at the bottom of a river near Ensenada. From there she extracted the large abalone shells used to articulate an installation in the gallery’s basement. Reminiscent of land art strategies present in the work of such artists as Walter de Maria or Robert Smithson, the installation presents a displaced fragment of this submerged and occult landscape, which also makes visible its ecological and economic implications. The overall installation is illuminated by a single light source (with an empty can of sea snail as a lampshade) hung from the ceiling, which conjures once again a sort of marine or seaside vista. In this way both the placement of the abalone shells and the effects of the illumination on their surfaces attempt to refer to a long legacy in painting, by countless artists through the centuries, of capturing light and reflection on water. Shell dumps of this kind are a constant feature in this northwest part of the Baja Peninsula. In fact, some of these man-made landmarks can be considered historical or archeological due to their age and duration. Nevertheless, the presence of these dumps has increased due to the rising demand from Asia for these kinds of sea products.

Routes of commerce between Mexico and multiple Asian ports have existed since colonial times, due to the transpacific condition that the Spanish empire achieved. Needless to say, such routes today are more dynamic than ever, particularly since the beginning of the twenty-first century — a condition that has created an excess of natural and industrial waste. Corona Benjamin speaks directly to this excess of natural residues in several of her pieces, in which she uses fragments of shells to create graphic patterns and designs, like the interplay of geometric arcs, or mathematical solutions with an organic aspect. Some of these designs recall the hypnotic patterns of lacework. The techniques used in works such as Sea Star’s Forest, Aristotle’s Lace II, and Silvana’s Sandbox I partake of the traditional craft known as enconchado, an art and decoration practice that uses pieces of shell to ornament and create patterns and figures. Used in Asia before the arrival of the Iberian colonial powers, it was later “transported” to the Americas, where it flourished in its own particular way and survives to this day in different cultural products and commodities. With this exhibition, Corona Benjamin implies that such commercial interchanges and routes are complex and dynamic, extending beyond simple or local economics to involve society and culture at large. 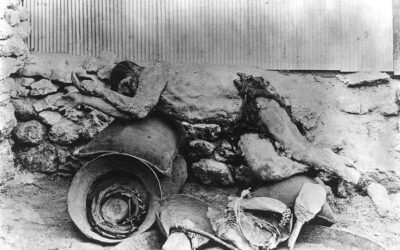 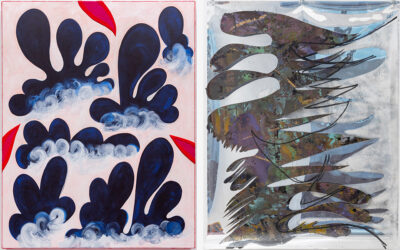 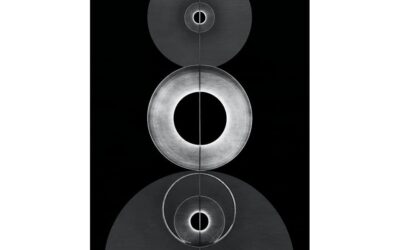 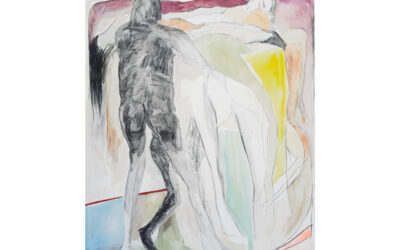 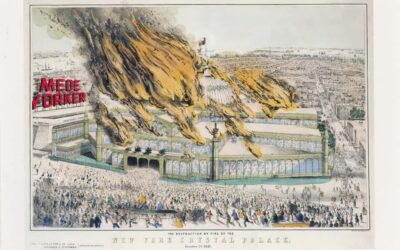 An Affective Collection, in the Middle of Kent Avenue 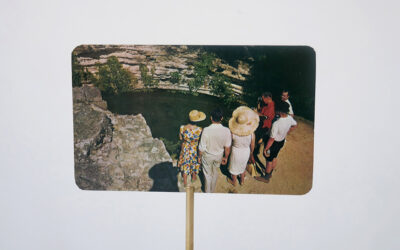 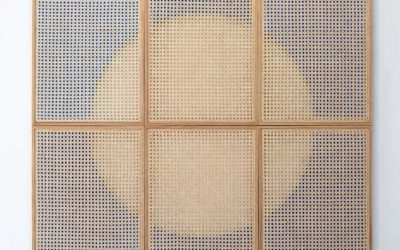 Where Land and Sea Melt Into Sky 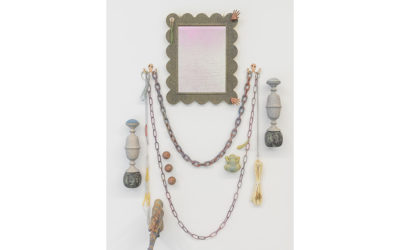 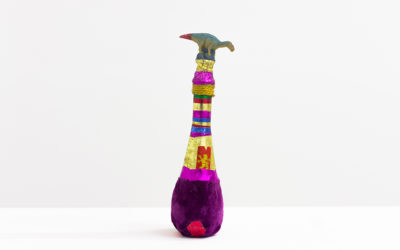 An exhibition curated by ERAS MAGAZINE 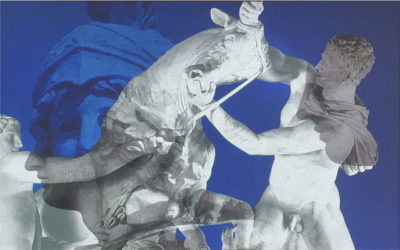 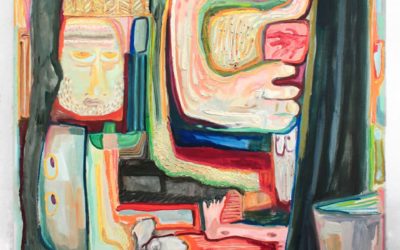 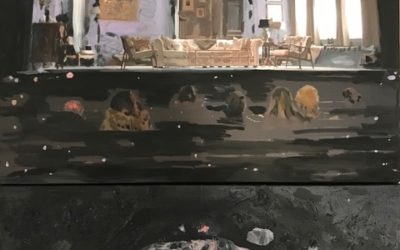 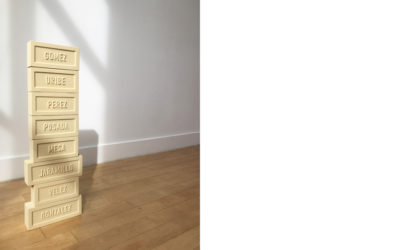 All That Is Solid

We Do Not Work Alone 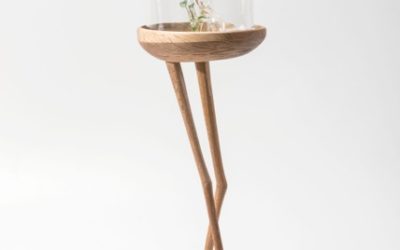 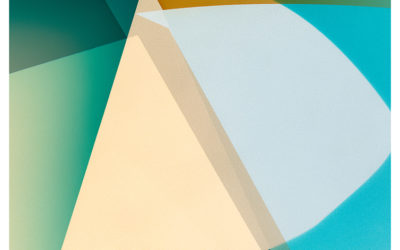 A Room is Made Up of Other Spaces 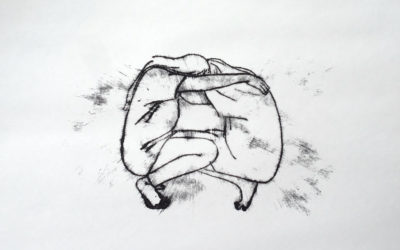 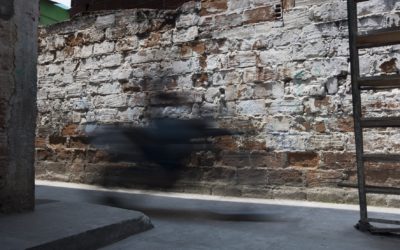 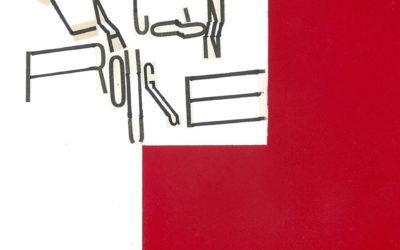