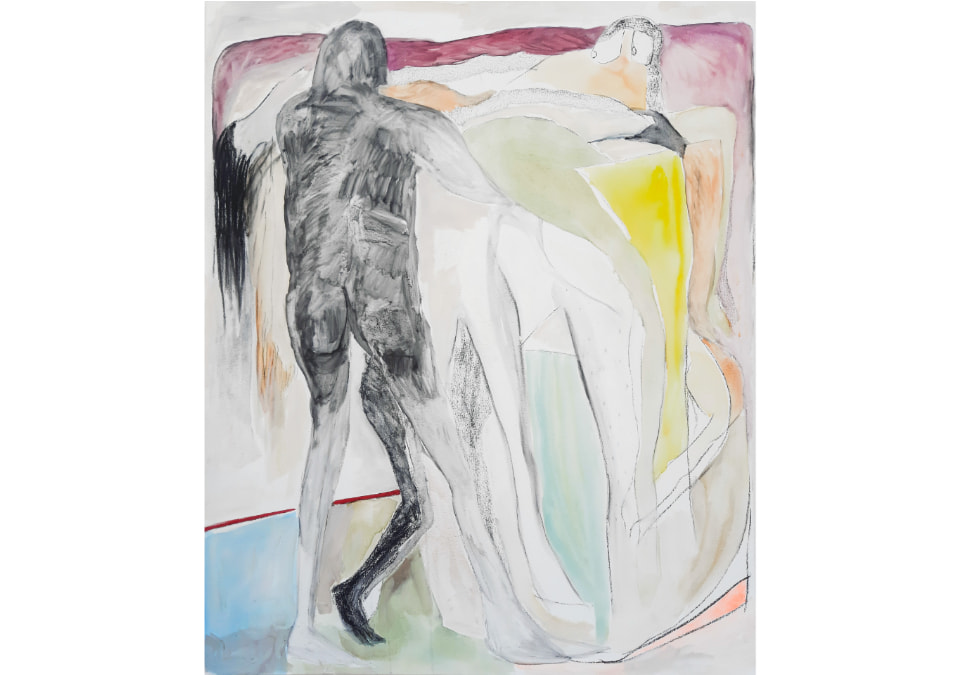 I feel that painting appears today and before and during everything that can and cannot happen, because it is somehow inevitable; its substances seep into the life of the person who has to carry it out drop by drop, but without rest. The recent works by Lucía Vidales anxiously but also clearly acknowledge this inevitability. In them we encounter a luminous and sometimes blazing world; vertiginous illuminations whose constant changes of direction seem to be tributes to an energy used for painting, but likewise tributes to the shadow of that same energy, its depletion.

From the limits of each painting runs a system of forces towards the center, torsions and extremities in use and rest. There exists a separation, something pending, that multiplies and makes us detect the constant vibration of lines and shadows. Nervous shadows that transform the arms projecting them. Strings and hair that vibrate and sparkle between the space of a body and the parts of itself that flee to the edges of the painting. Bodies struggling to find rest appear frequently in Lucía Vidales’ work. The forces tending toward the vertical indicate the inability to arrive at the horizontalized repose of all that falls to the earth or that rests under it. Little by little these changes transform the tone of the figures, and their concerns become evident to us. Many of them are glances nailed to the eye emitting them; proprietary and self-figured faces looking down from a bend into their own painting. Here rain down the signs of something tragic or catastrophic, but also signs of a world that seems to have been always like this: an awkward position that lasts an eternity.

The figures most understand themselves among their areas lit from within. Fields whose affectations I consider not at all dissimilar to those proverbial artificial lights emitted by Guston’s bulbs, which have so interested Lucía Vidales. This is the type of veiling that also reminds one of passing time against one’s own peace, a night awake, anti-clear and full of questions. In this insomniac world echoes of numerous forms run like ants through its tunnels. Forms stored in corners and spilling out in flows whose energy conspires against their own steps, just like the shifts of the dream running through the veins of the one who cannot sleep.

Among all these counter-positions, there emerges a powerful structure for painting, the idea that its instrument can be both wobbly and precise. Although they are perhaps collapsing, the beings gathered here have not been left to their fate: the painting created for them is a nervous company, but a very beautiful one, and their stories are also part of an imagination whose fidelity to painting wishes to take us far, from our deserved qualms to our most severe trepidation. 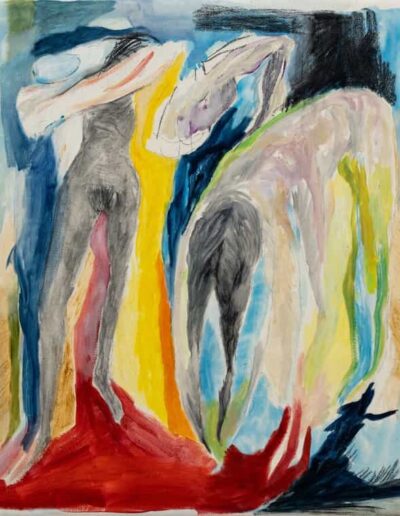 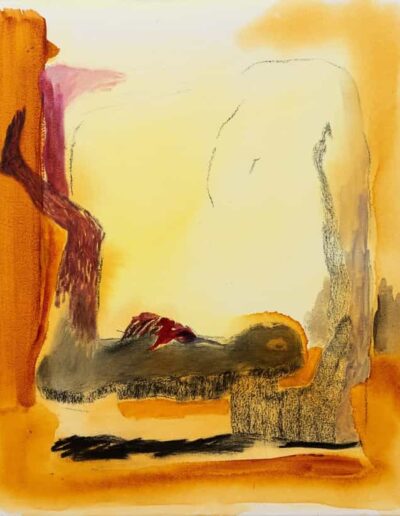 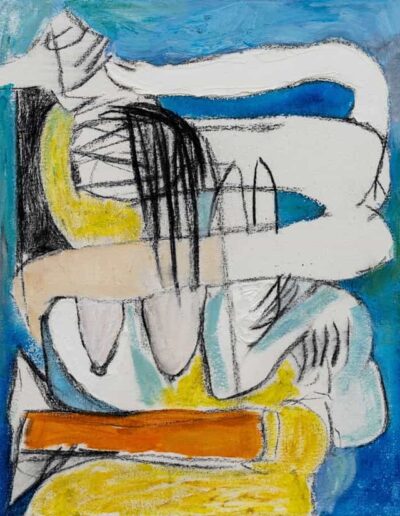 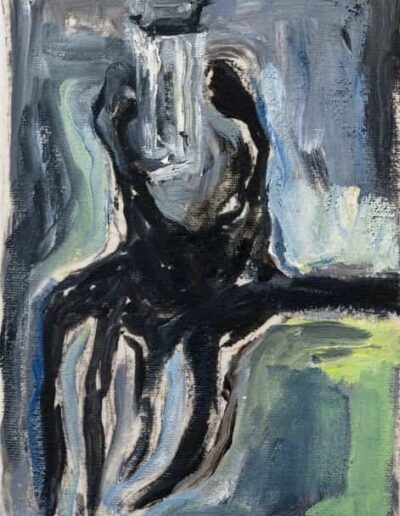 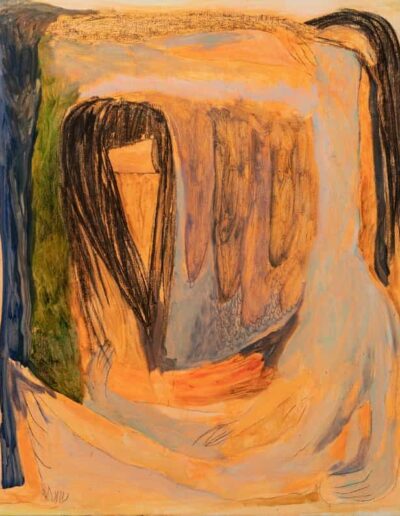 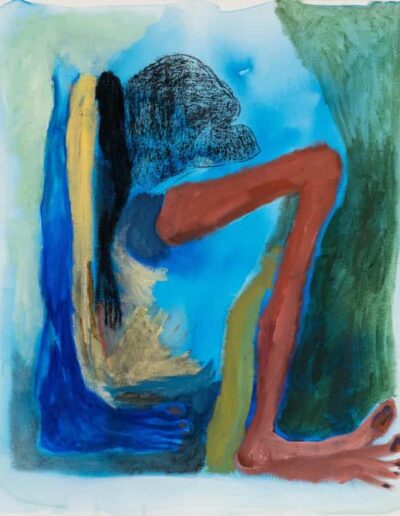 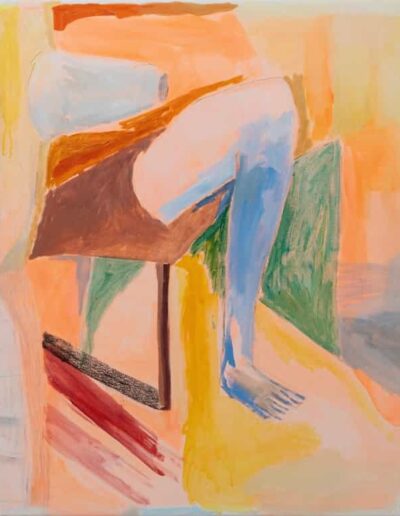 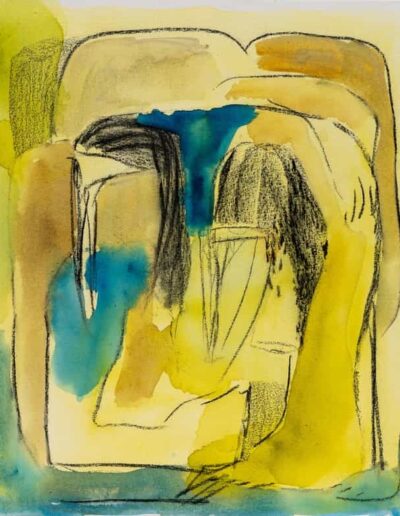