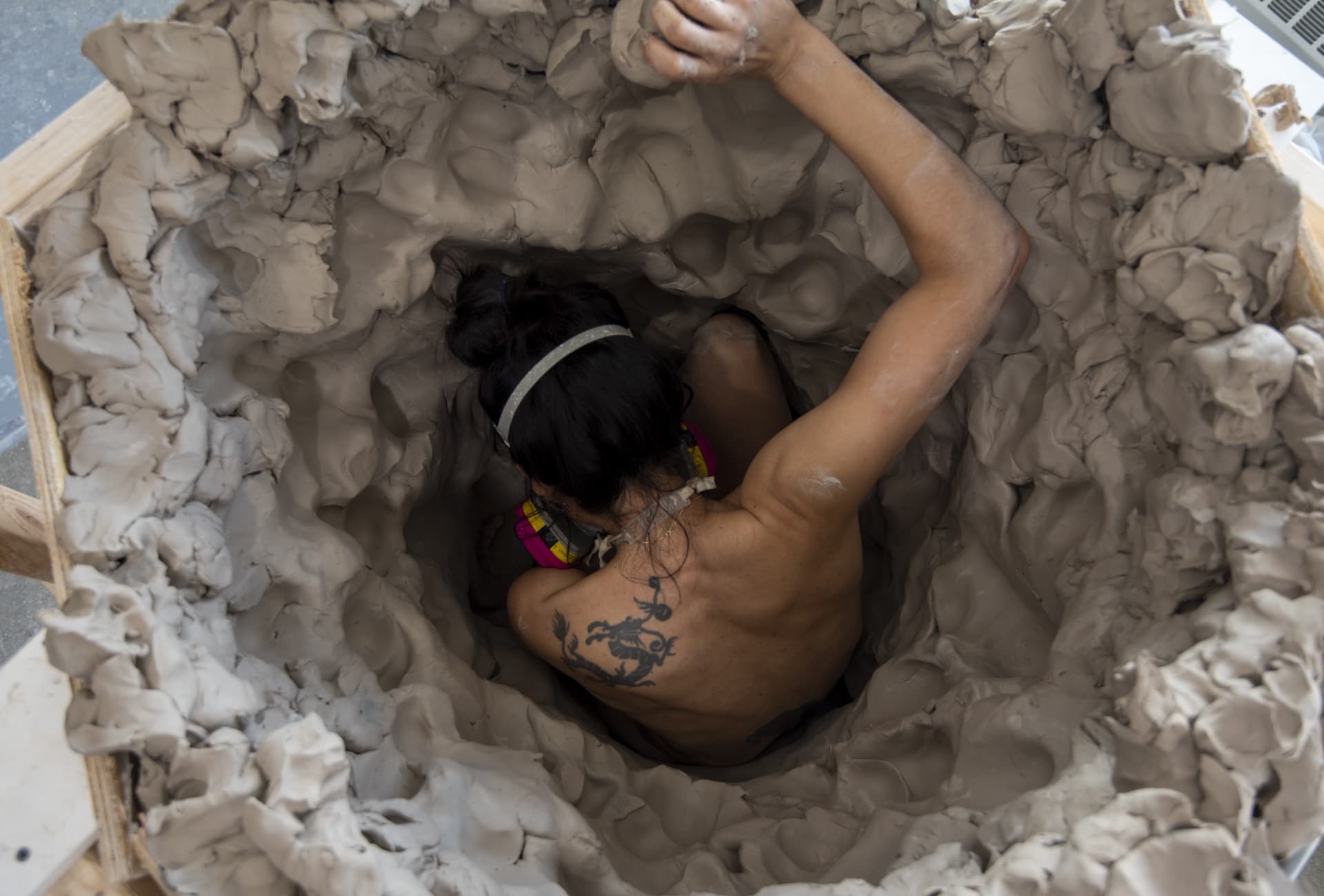 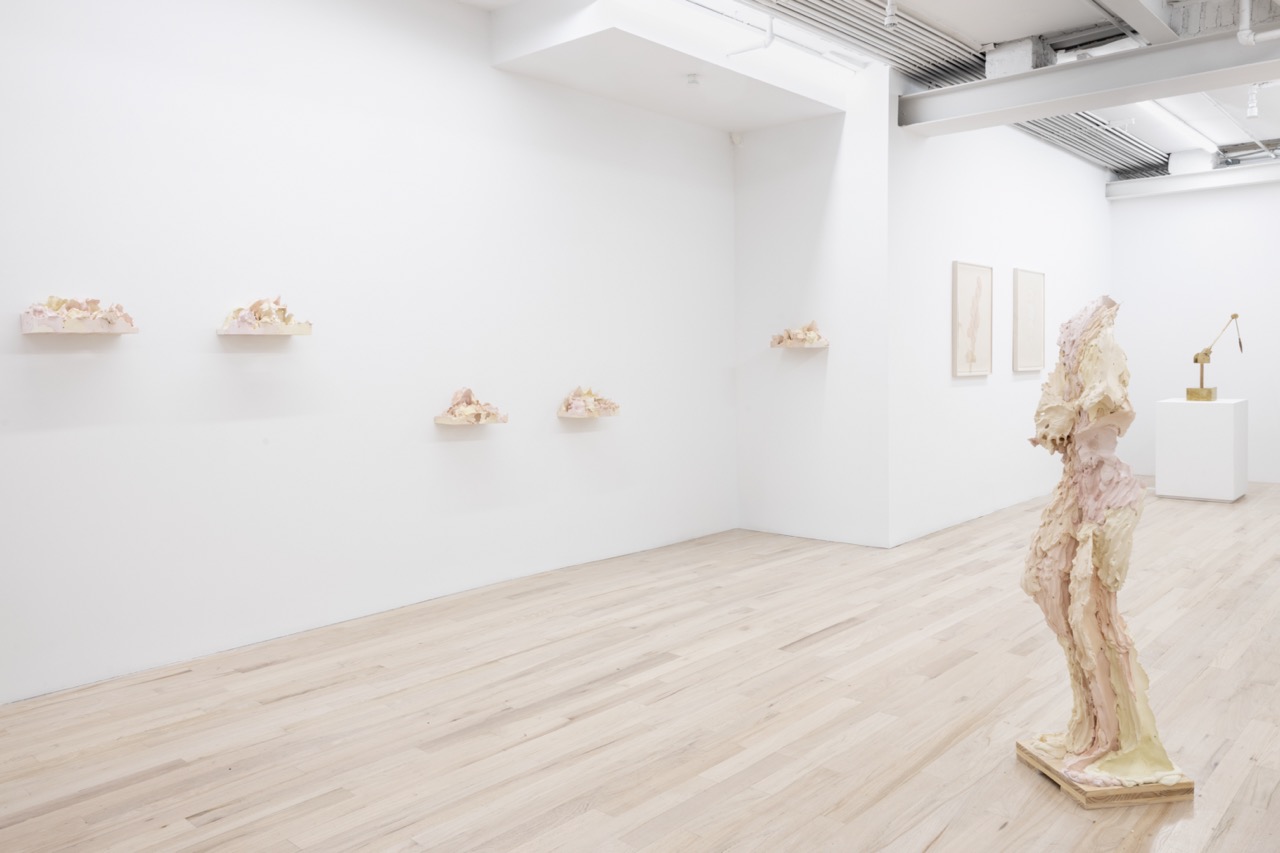 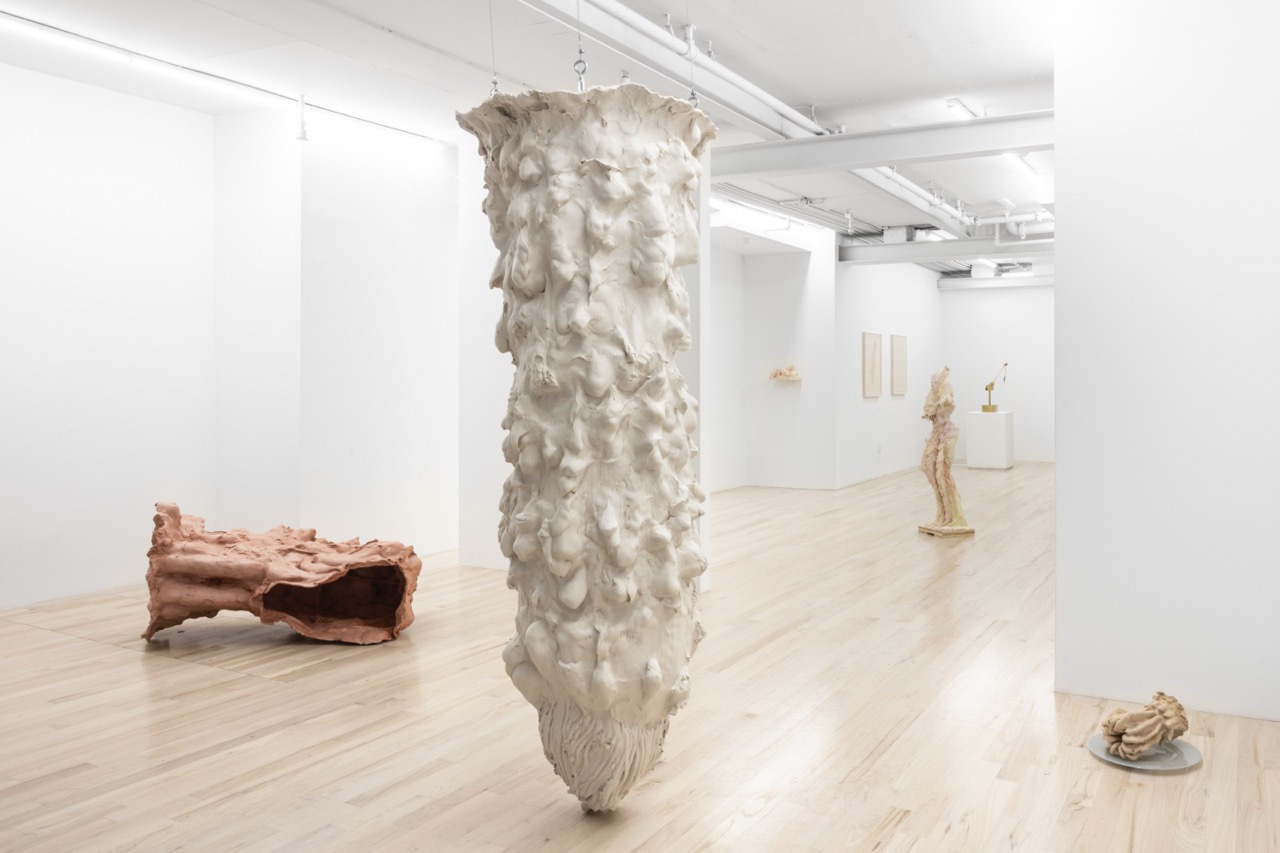 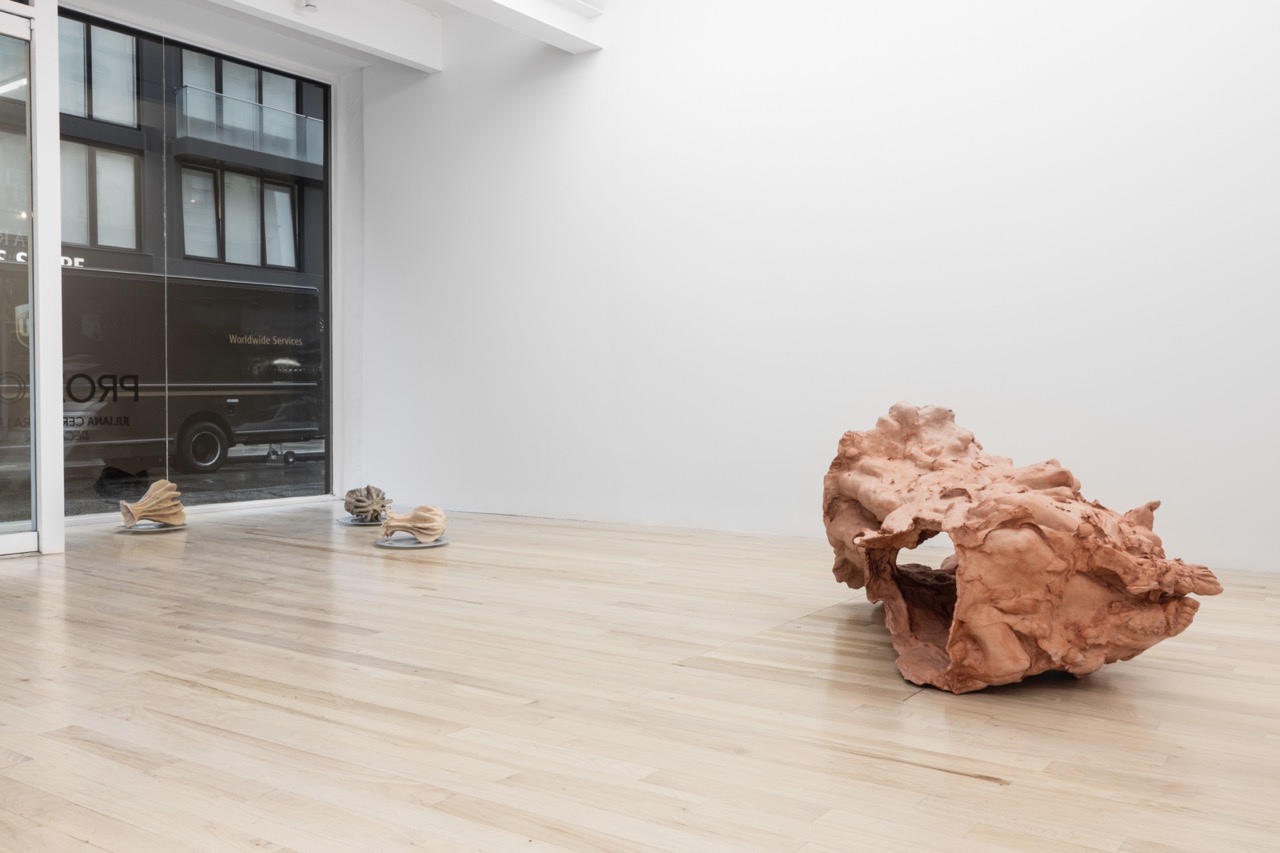 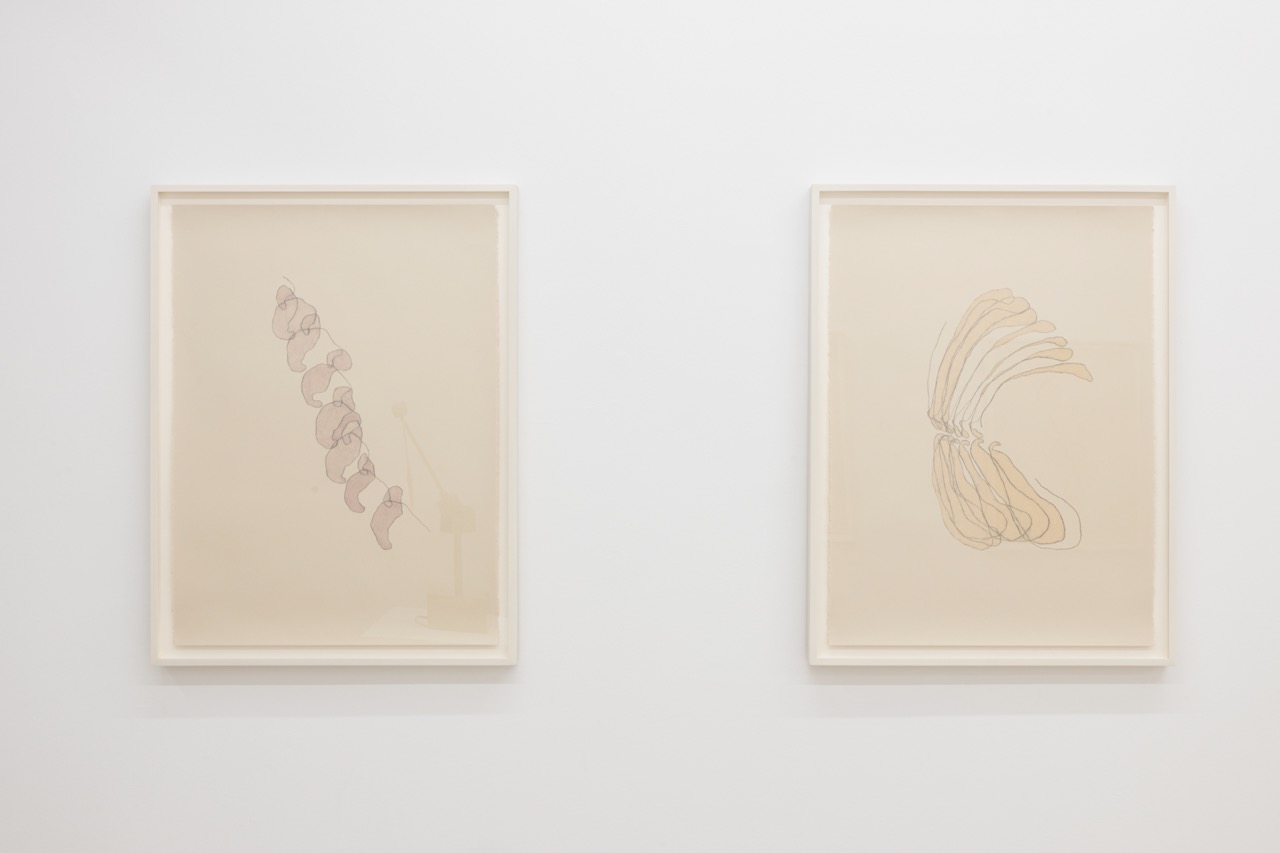 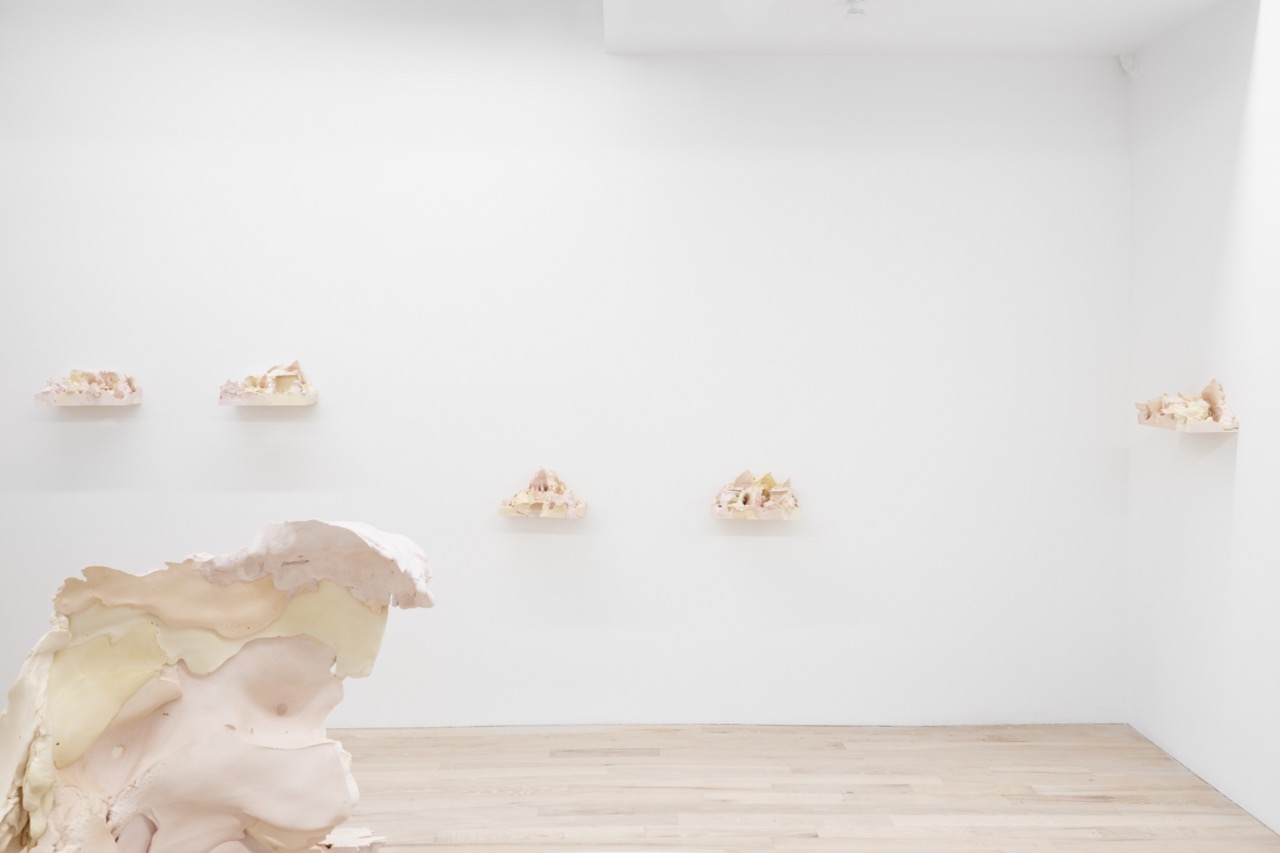 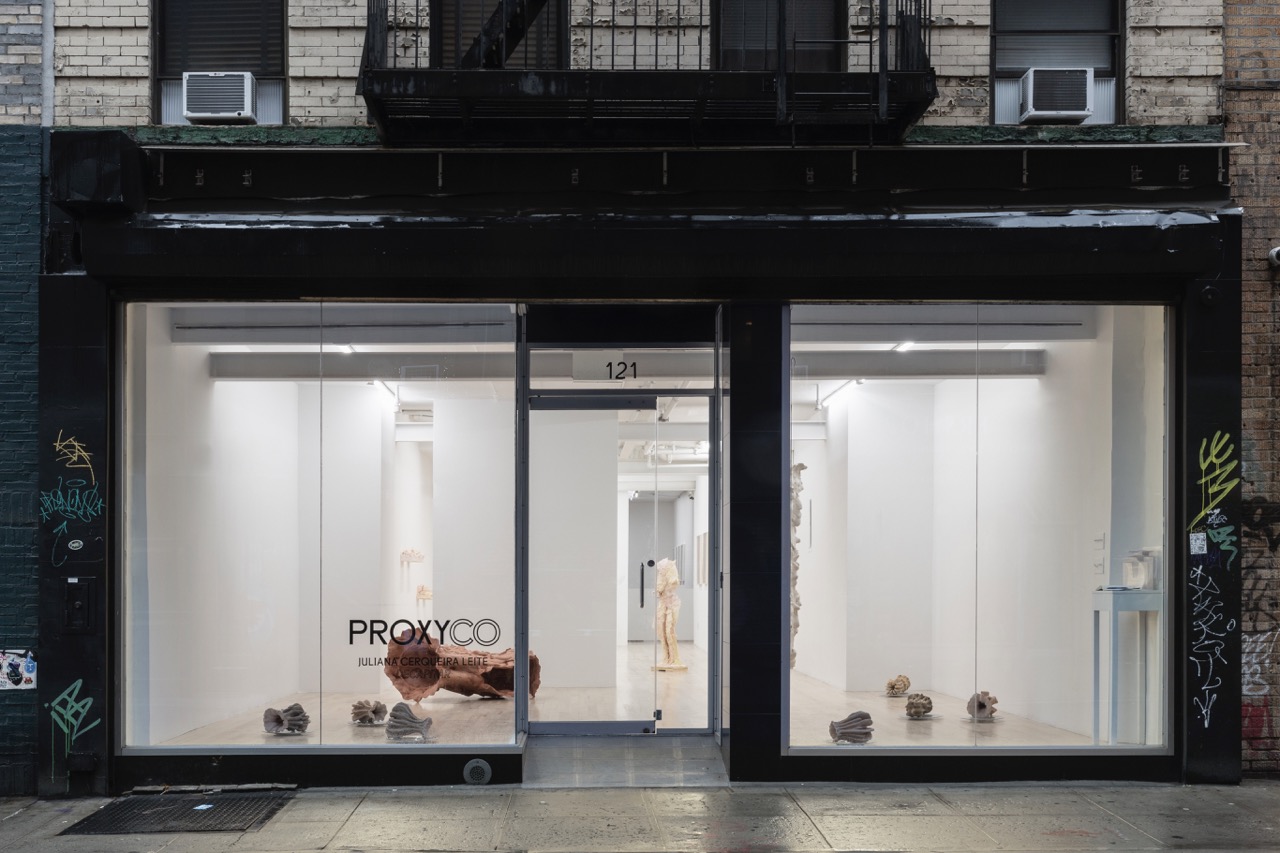 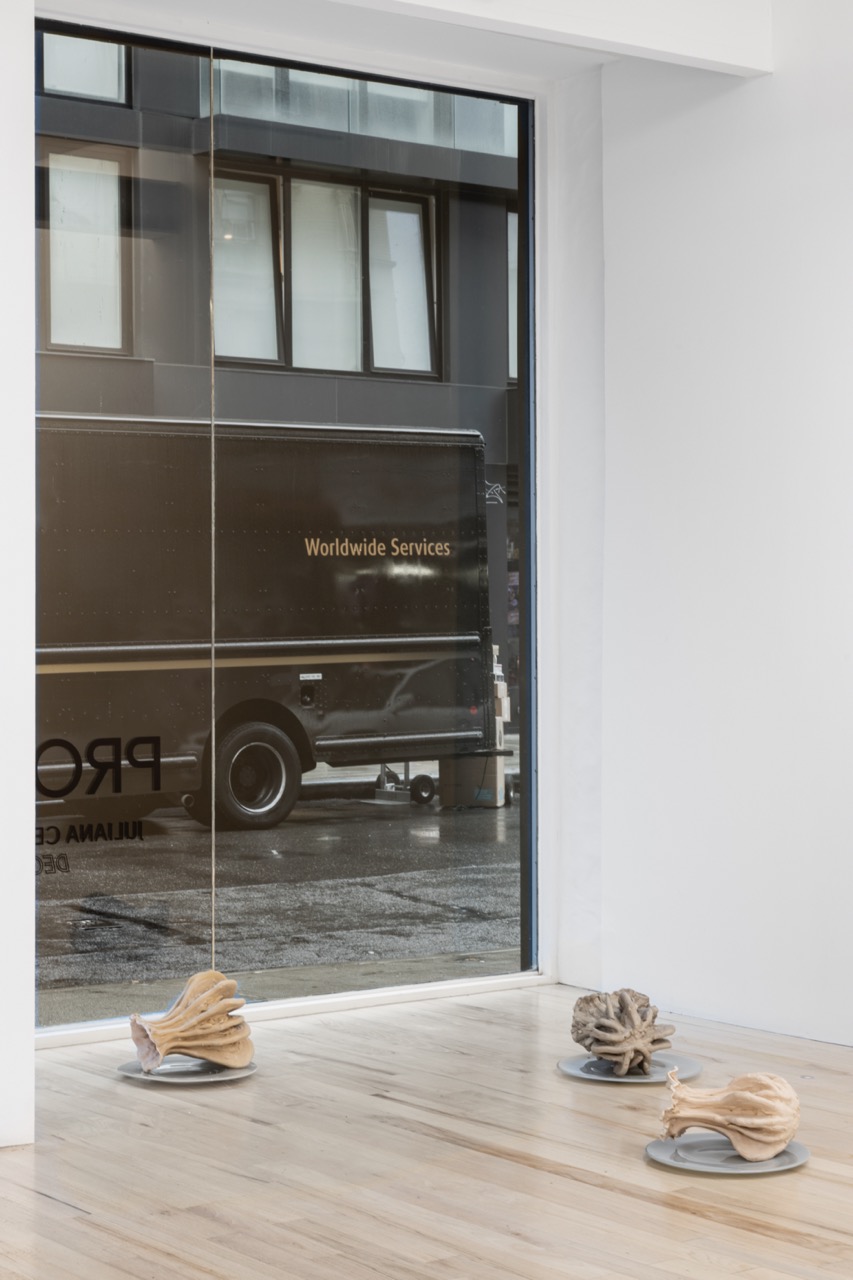 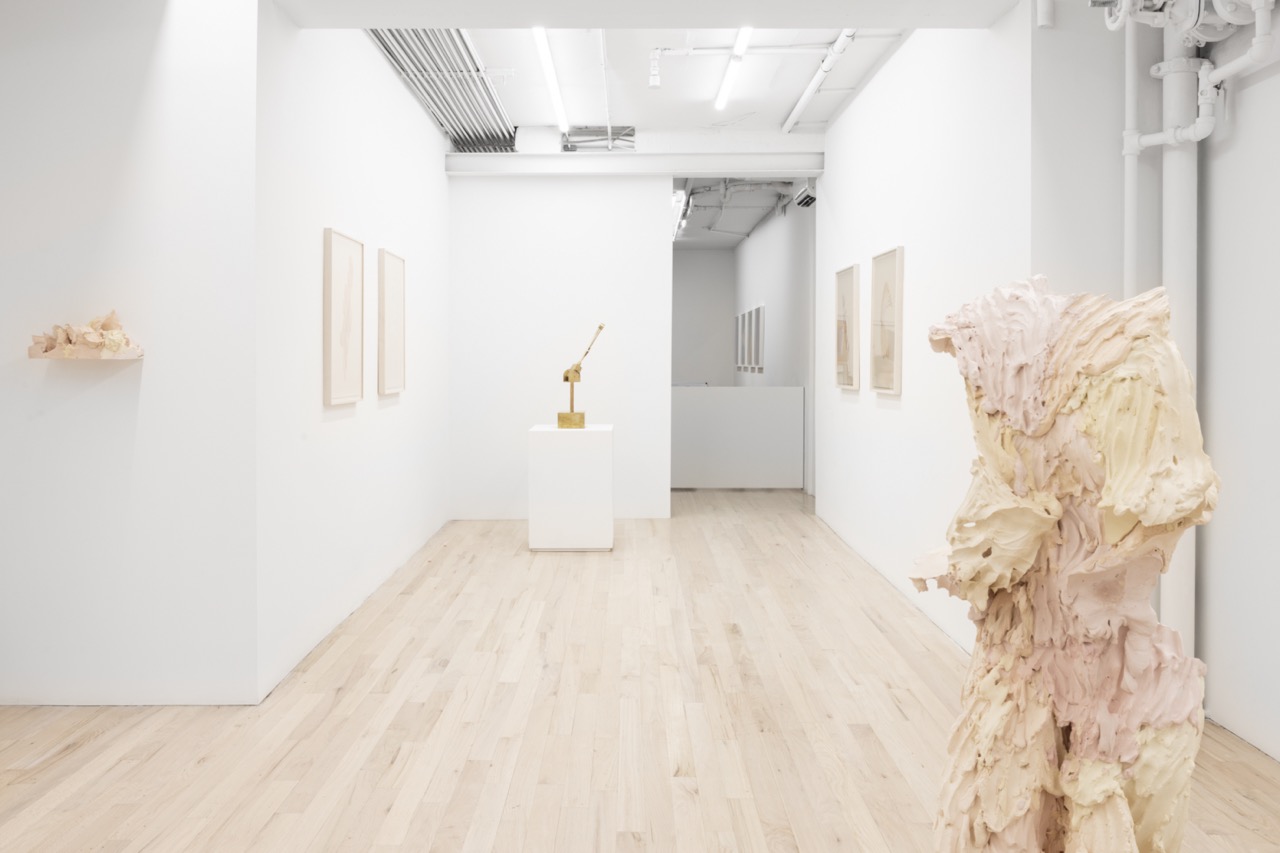 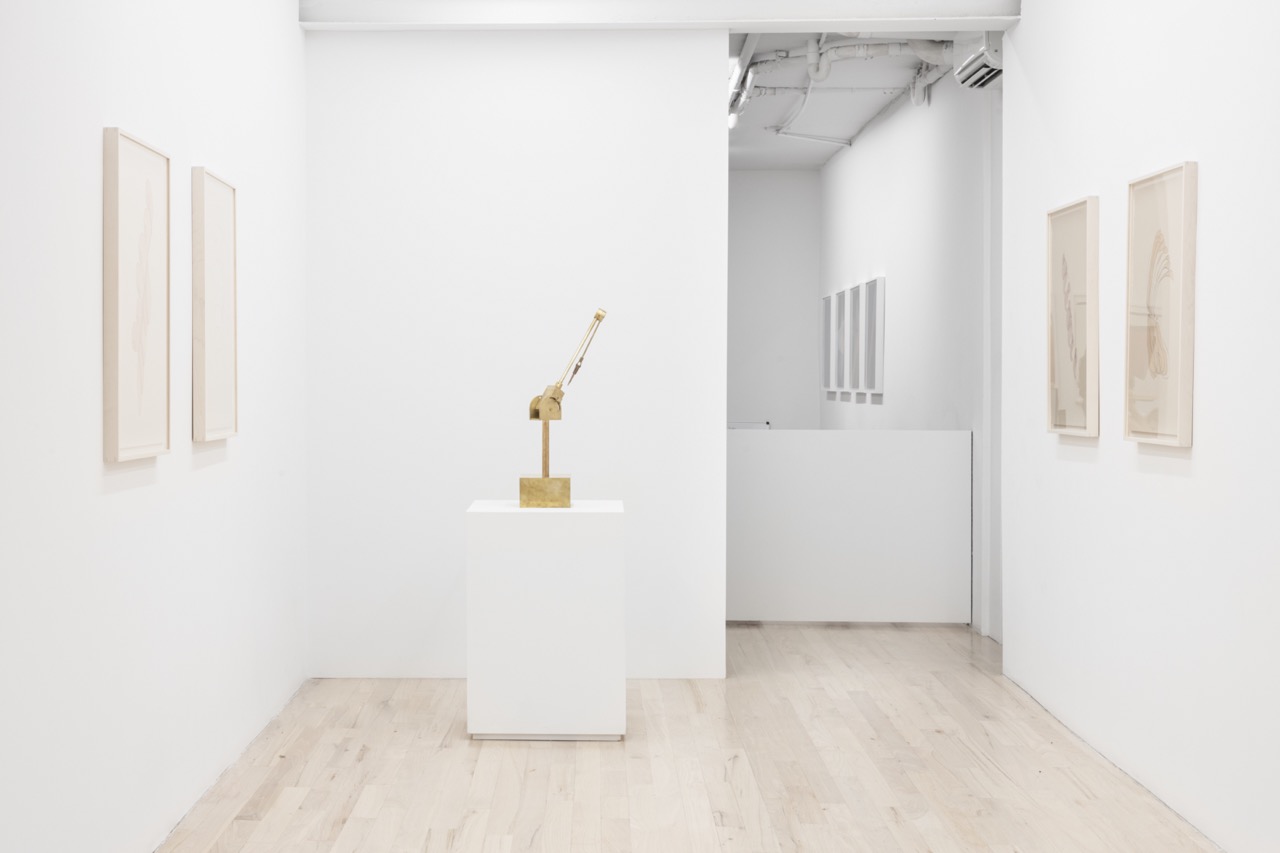 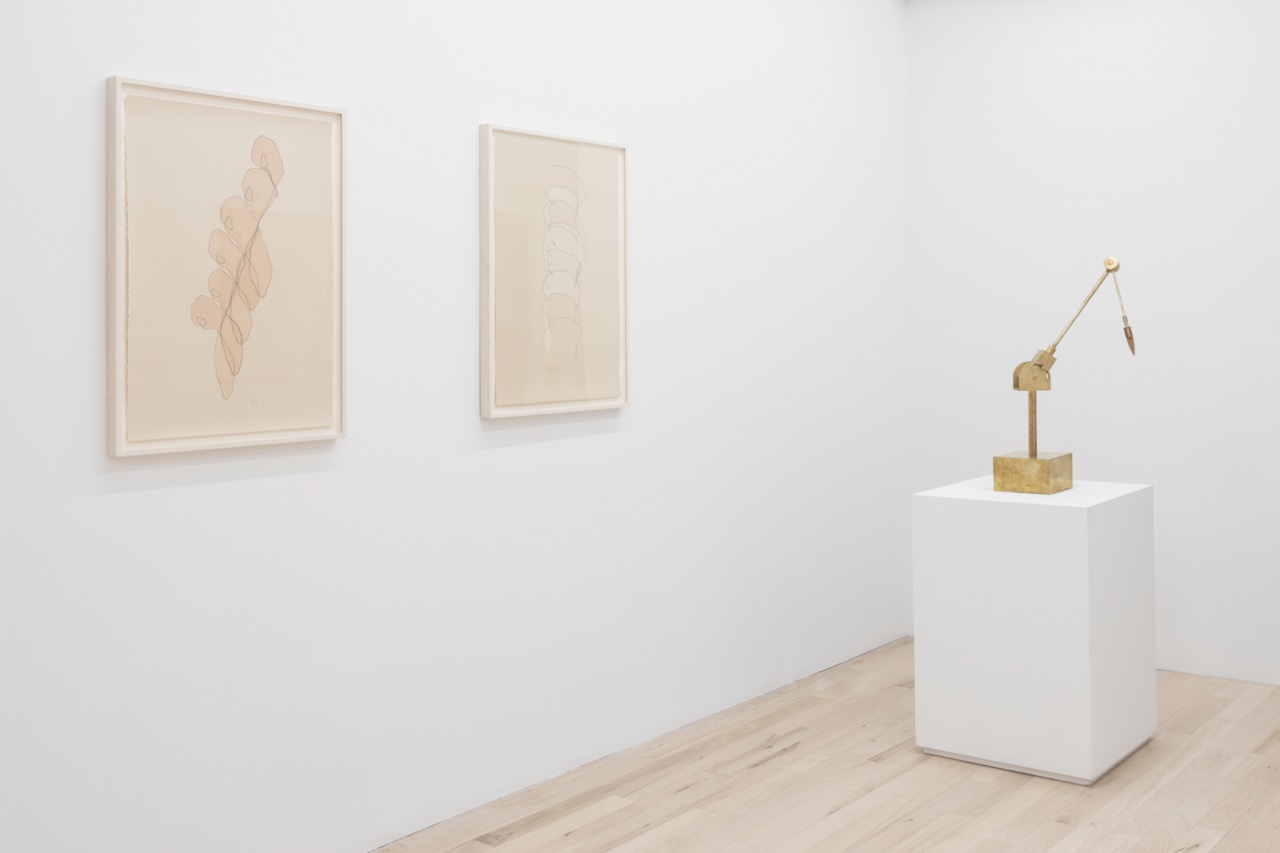 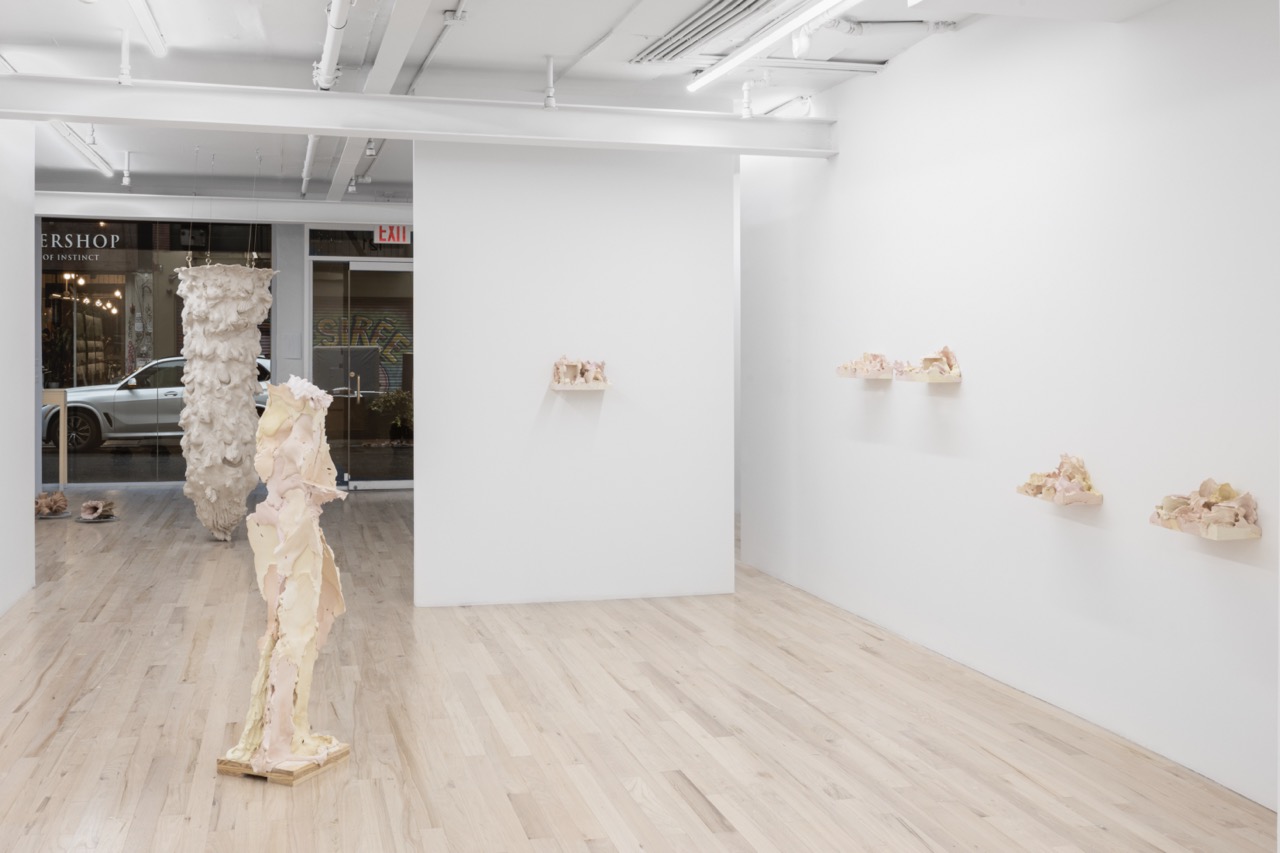 Juliana Cerqueira Leite is a Brazilian artist based in New York. Engaging with the history of figurative art, Leite’s work is concerned with modes of representation that reflect volition in form, often through large-scale, tactile sculptures. Leite’s practice explores notions of control over matter and the physical translations of the human body and its environment. For Leite, works are casts or prints of positives that are ephemeral, only existing as actions. Using her own body as a primary tool, Cerqueira Leite digs, climbs and pushes through her materials—which include clay, latex, and plaster—to create organic forms. Leite’s practice unites performance and sculpture to represent the mutability intrinsic to human existence.

DECAPITAR, means “to decapitate” in Portuguese. The artist reflects on the idea of separating the head from the body. The gallery’s three consecutive sections can be understood as 3 chapters. The first chapter points towards ancestry and primordial forms. There is also a reference to Baroque style, as a visual identity, which is used to emphasize the constant and exaggerated movement of forms and sculptural bodies. Here one finds heads, sculptures made by the hands of the artist penetrating blocks of clay, creating an opening in the material that can be interpreted as a mouth. In a sense, the head is figuratively eating the hand of the artist. Through the hand’s touch, the world outside invades the head and then explores its new enclosure. The hand of the artist moves inside the clay, exploring and touching, the foundation of the sculptural process is entirely tactile and sensorial.

The second chapter evokes desire and its manifestation through object relations, the shelf- like sculptures seem animated, in constant movement, leaving a kind of imprint of what was placed there, and what was removed. The ‘Reachings’ stand out against the white wall with their pastry-like pastel colors reminding the viewer of some sensuous desert.

In the third chapter, Atlas, captures our attention as the only machine in the exhibition. It is the only artwork where we cannot perceive the artist’s body giving form to the work. Atlas was built with the help of mechanical engineers including Professor Emeritus Steven Dubowsky (MIT), Gianmarco Paduano(Department of Robotics of the University of Naples, Italy), Elena Flynn (MIT), and Andrew Sahlstrom. The sculpture points in a constant direction, revealing that the Earth is constantly moving towards the Shapley Supercluster, a region of the universe with a high density of galaxies. Atlas brings to light that in moving towards this supercluster, the earth’s ‘front’ is actually the Southern hemisphere of our planet and the rear is the Northern hemisphere. This brings to mind Joaquín Torres-García’s, Inverted America, 1943 which challenged the traditional frame of mind, and repositioned the South as the new North. Atlas empowers the southern hemisphere by looking at the countries of the South in the leading position.