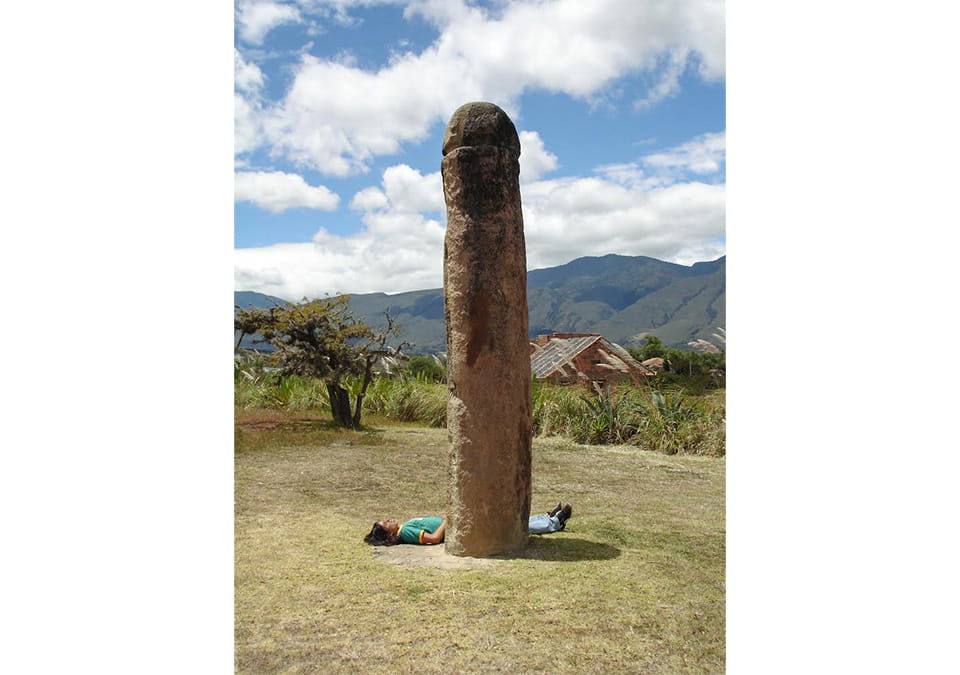 The other day, as we spoke on the phone, you described the photographs that will be on view in El Infiernito as “interesting, juicy, and complicated.” I am curious to know what you feel about these projects in relation to politics, history, and your wild imagination.

Your exhibition El Infiernito at PROXYCO Gallery returns me to a question you have urged on me. You know, the one you found in Dancing in the Streets by Barbara Ehrenreich: “What did they actually see?” I love this question, and I want to extrapolate from it: how did they actually see? And how might we see otherwise?

Ever since we began our conversations about what you saw and felt during your youthful trip in 2006 with your family to El Infiernito in Colombia, I have been haunted by the images you’ve stirred up in me about sex before — and beyond — the conquest. With your aid, I have been trying to see through the scrim of European persecution of the sodomitical native person, to mute the official archive of denunciatory discourse and tortuous iconography, and to retrieve, through your pictures, an alternative legacy of joy and liberation. I am writing to you today in hopes of starting a counter-correspondence to that initiated by Fray Pedro Simón, whose 17th century Noticias historiales de las conquistas de Tierra Firme en las Indias Occidentales secured an early narrative domination over the Muiscas and their site that Spanish invaders named El Infiernito, or the “Little Hell.” Like you, I have been raised with indelible images of what the Europeans thought they saw in the Americas, and how their imperial eyes laid false claim to a world that was new only to them.

The phallic monoliths that pricked your teenage fantasy, and that you revisit today in your photographic choreography of homoerotic ritual, incensed the invaders. They toppled some in a fruitless effort to strip the land of its indigenous histories and futurities. In the images you have prepared for this exhibition, and in your perfomances, I feel invited to take an imaginative journey into a sexual legacy that Fray Simón must have hoped would be forever extirpated, much as Vasco Núñez de Balboa did when he threw forty native people accused of sodomy and “dressed effeminately” to the dogs in 1513. Theodor de Bry’s engraving of this horrific crime outrages me as much as it must you, dear Camilo. When you tell me you consider your own body to be an artefact of this genocidal rupture with a pre-Columbian eros, I feel it in your photographs from the series What did they actually see? Sometimes I think I even see it, if only through a lens, darkly.

When I say the festejos muiscas pricked your teenage fantasy, I didn’t (just) mean it as a lewd joke. Your framing of the monolith jutting out in front of your prone body was a juvenile expression of your mature “haptic vision,” to evoke my problematic fave, Gilles Deleuze. I am drawn to the way you “touch with your eyes” as much as you see with them, producing in the process an oeuvre of queer of color kinship that invites viewers to unseat the Euro-colonial hierarchy of sight, distance, and judgement over touch, intimacy, and entanglement. As queer black and brown folk today, hapticity draws us into compassionate relatedness with violent legacies of indigenous dispossession and anti-black racism. In your photographs from HIC HABITAT FELICITAS, hands touch, cocks engorge, arms stretch in unison or strike curious poses. Likewise, in your project Choreographic Studies, fingers press images into your albums of erotica. All of these act as vindications of the flesh.

El Infiernito opens with the insistence that these past years of devastation have also contained opportunities for queer contact and brown jouissance. Your exhibition arrives in a few short days, just like the first spring shoots out of brown earth. And just like those flowers, I look forward to the sensorial awakening it will bring.

Camilo Godoy is an artist and educator born in Bogotá and based in New York. He has exhibited at the Brooklyn Museum, Leslie-Lohman Museum, CUE, OCDChinatown, New York; Moody Center, Houston; UNSW Galleries, Sydney; Centro de Arte Contemporáneo, Quito; among others. He has performed at Danspace Project, Movement Research at the Judson Church, Center for Performance Research, New York; Toronto Biennial; and Künstlerhaus Mousonturm, Frankfurt. The development of some of the projects on view in El Infiernito were supported by residencies at Movement Research, International Studio & Curatorial Program (ISCP), coleção moraes-barbosa, Leslie-Lohman Museum, Recess, and New Dance Alliance.

Tavia Nyong’o is a writer and curator born in Evanston, IL, and based in New York. He has written for Art Forum, Texte zur Kunst, Frieze, The Baffler, The Nation, Vogue, GLQ, Social Text, TDR, Representations, SAQ, and the Los Angeles Review of Books. He has written catalogue essays for MoMA, The New Museum, and the Studio Museum in Harlem, among other institutions. The author of two award-winning books in black performance theory, The Amalgamation Waltz: Race, Performance, and the Ruses of Memory (2009) and Afro-Fabulations: The Queer Drama of Black Life (2018), Nyong’o is current chair and professor of Theater and Performance Studies at Yale and curator of public programs at the Park Avenue Armory. 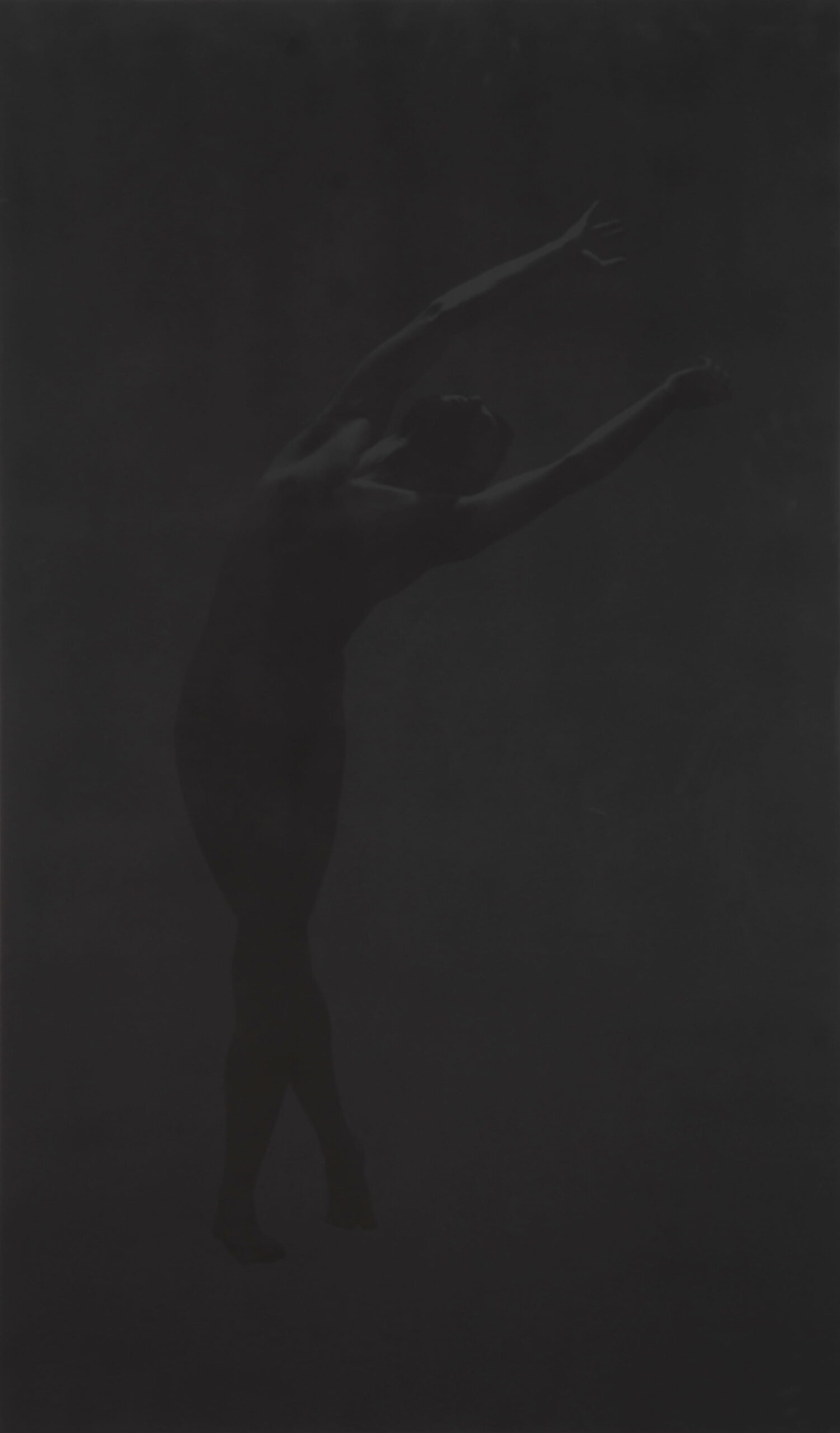 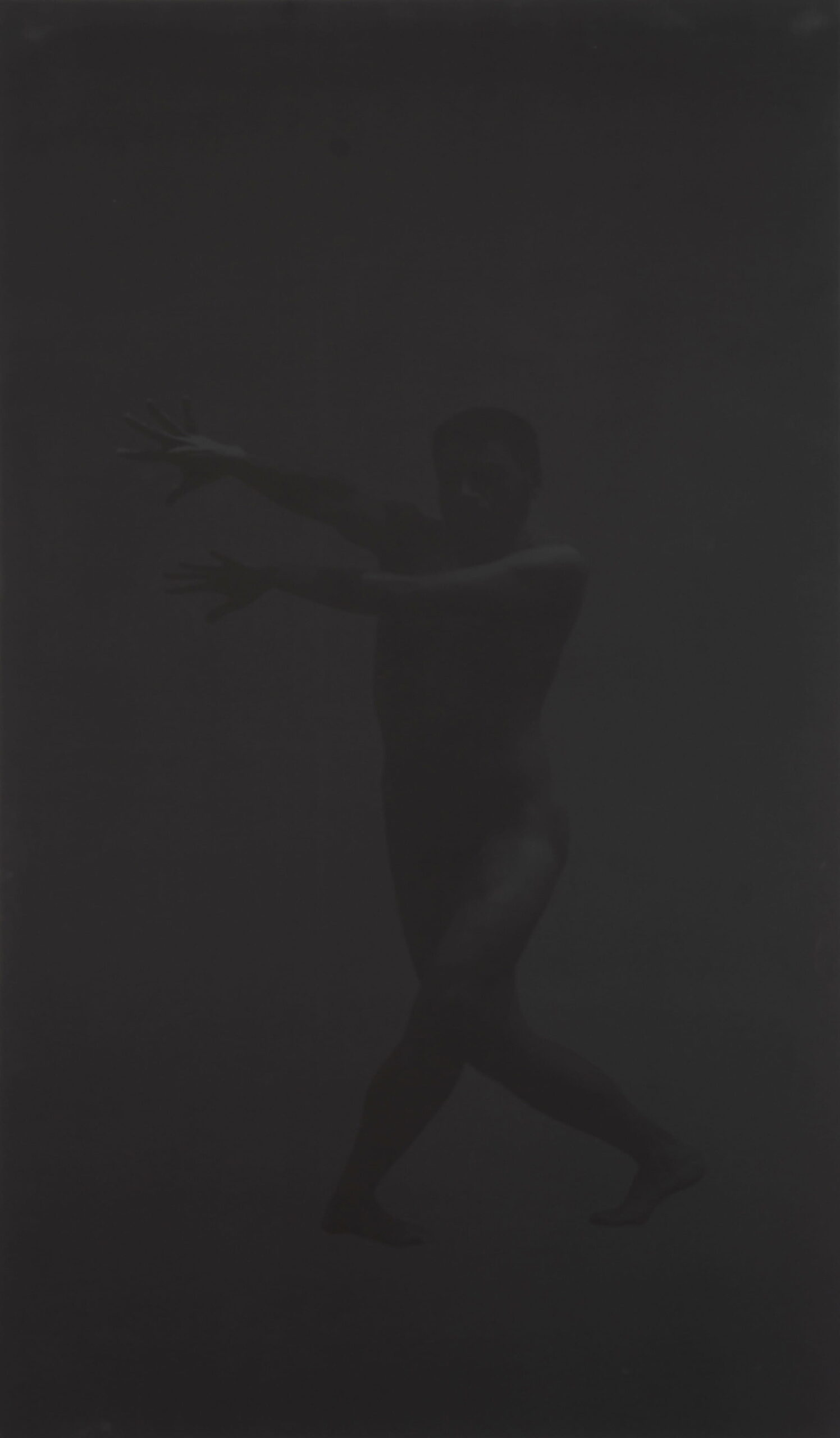 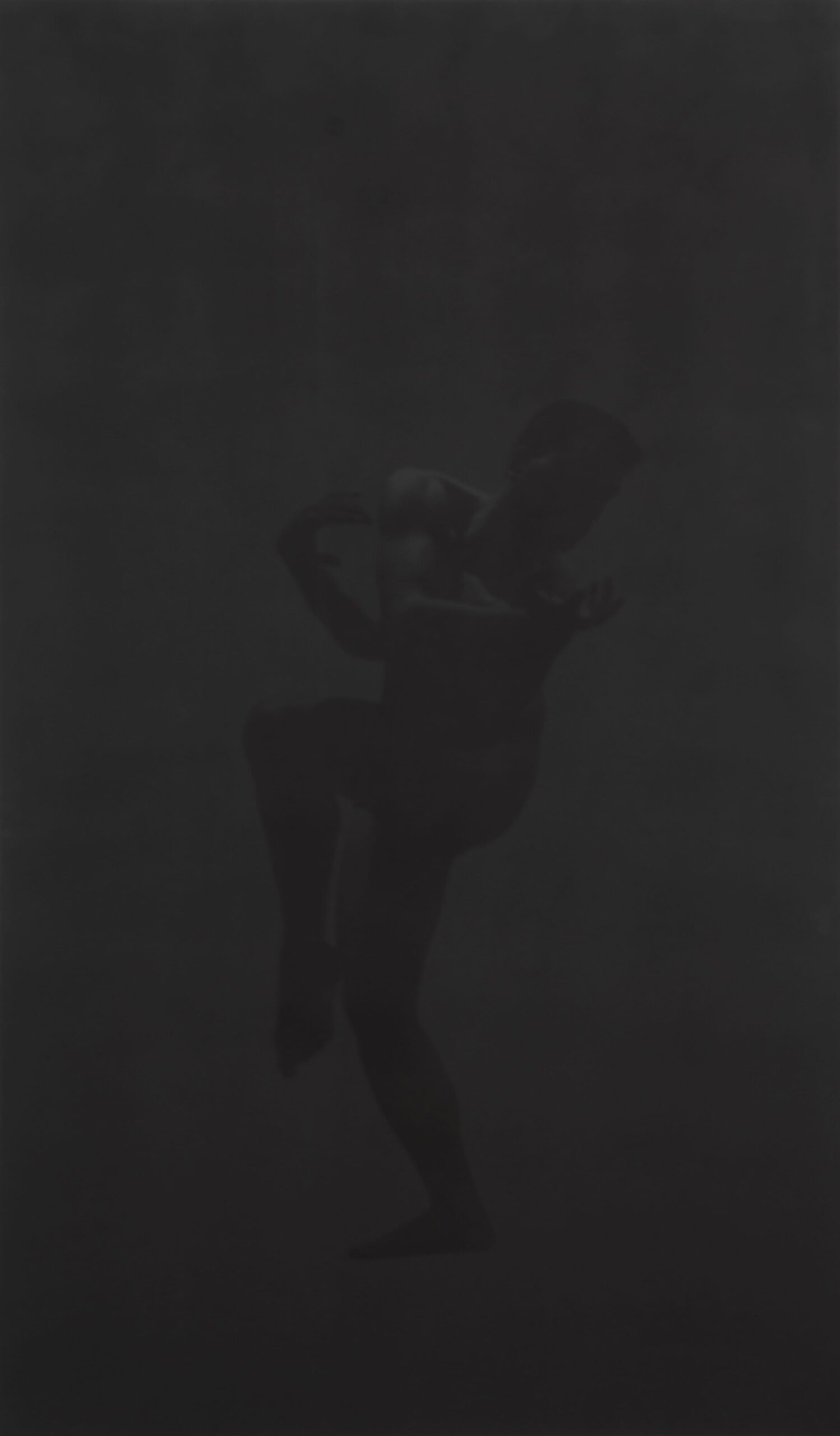 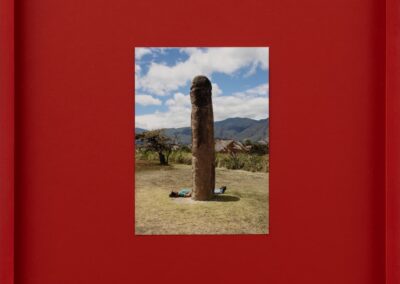 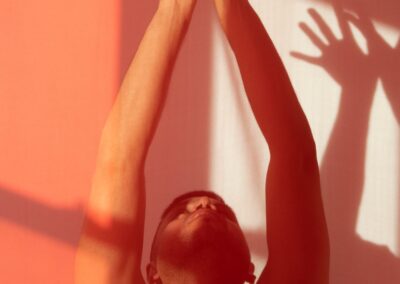 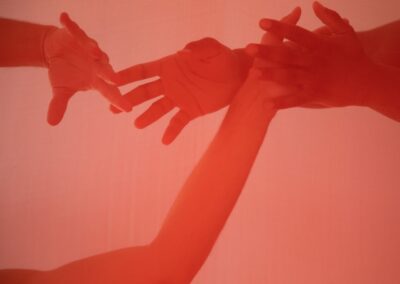 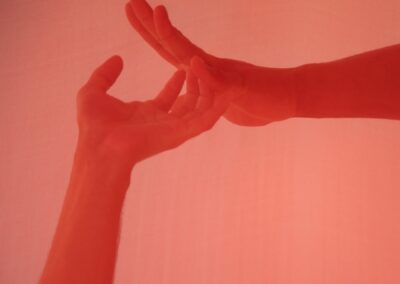 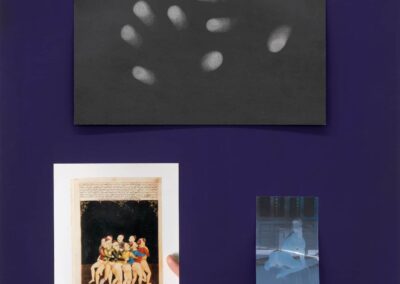 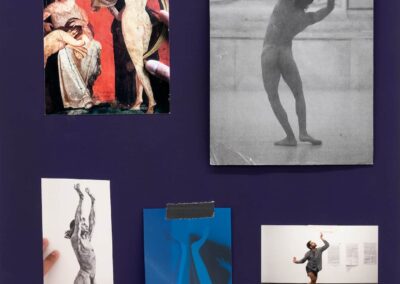 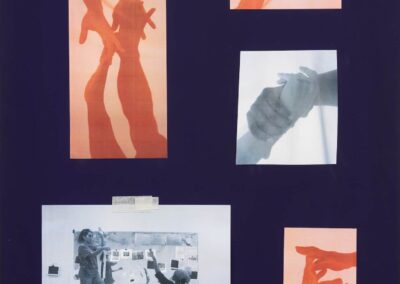 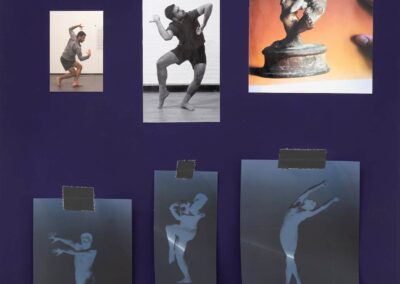 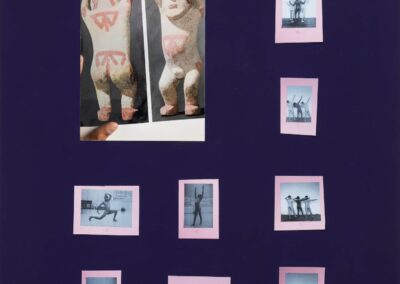 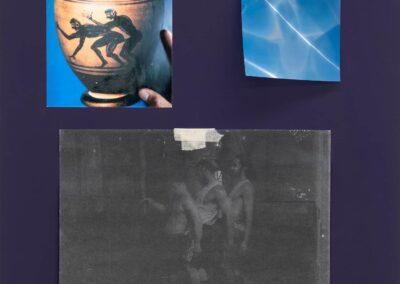