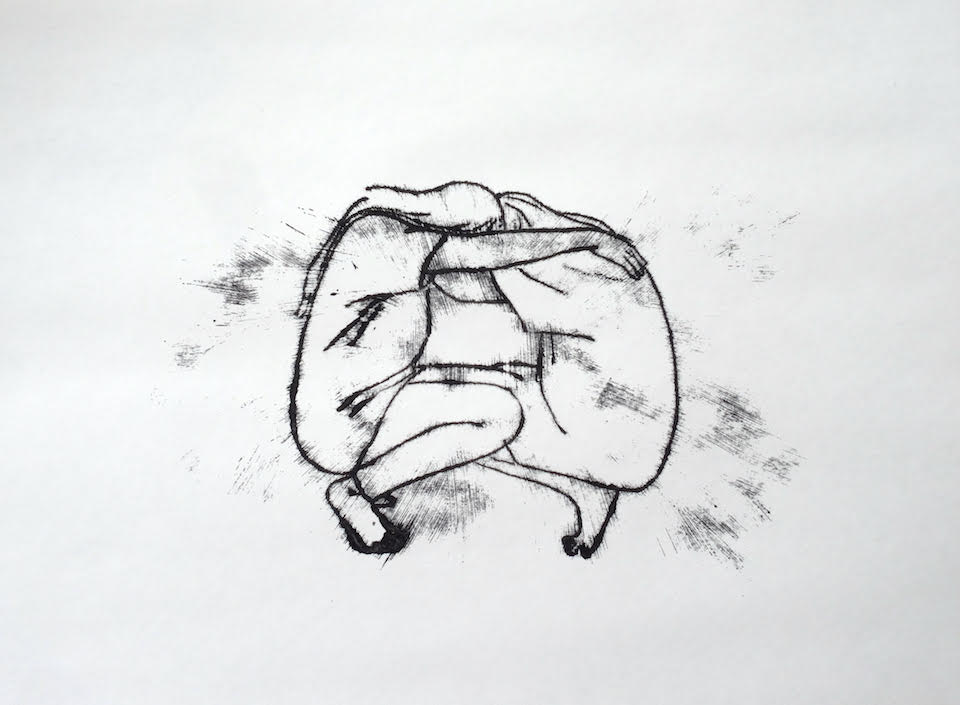 PROXYCO, in collaboration with Y Gallery, is pleased to host Catalina Bauer’s first solo show in New York. The Chilean artist has spent four months in residency at the International Studio and Curatorial Program (ISCP) in Brooklyn, New York after winning the CCU Art Grant in Chile.

The title of the exhibition, Two Lines Twining A Soul , draws its inspiration from a poem by Cecilia Vicuña, a Chilean poet, artist, and filmmaker based in New York and Santiago. Her work is known for themes of language, memory, decay, and exile. In her poem, Vicuña describes two indigenous women working in sync with each other on the same vase. This story serves as the script for the development of a video animation created by Bauer in which two young girls move and dance in a spiral while drawing geometric patterns with their bodies; much like the rhythm created by the inhale and exhale of breathing.

This same rhythm is also present in the other artworks in this exhibition. Although diverse in terms of technique and material, they are also articulated through polarities, such as center and periphery, concave and convex, expansion and contraction.