PROXYCO is pleased to announce the representation of Lucía Vidales.

Lucía Vidales´s work is concerned, above all, with painting. The body is recurrent — as figure, as the painted gaze, and as the painting itself. Fragmented limbs often seem to emerge from, or sink into, the luminous or shadowy depths of her painterly surfaces.

For Vidales, painting can transform time, our relationship with matter, and how we experience our own bodies. She is interested in a liminal and polyvalent use of color, and a fluid relationship with drawing — as evidenced by the layered remains of decision after decision, which are by turns sedimented in the work’s material surface, or invisibly erased, or still pending.

Vidales’s work is informed by the consequences of historical and colonial imaginaries as they continue to impact actual bodies and the body of painting itself. The beings that populate her paintings suggest the potential for confrontation, but seldom follow through. Instead they play with humor or anxiety, or seek consolation from ancient wounds.

Lucía Vidales (b. 1986, Mexico City) lives and works in Monterrey, Mexico. Her New York solo debut, Sudor Frío (Cold Sweat), was exhibited at PROXYCO this past March and April. Her work was previously included in the gallery’s group exhibition Terra Preta (Black Earth) in 2019, which coincided with her New York fellowship at apexart.

Vidales earned an MFA in 2014 at the National Autonomous University of Mexico, Faculty of Art and Design, in Mexico City; and a BFA in 2009 from La Esmeralda National School of Painting, Sculpture, and Printmaking of the National Institute of Fine Arts, Mexico City. 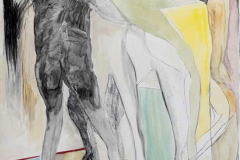 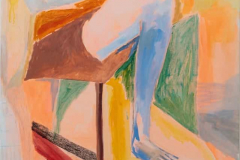 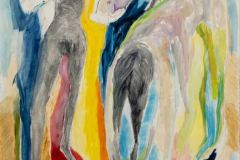 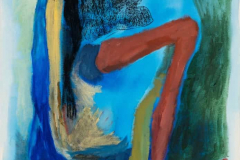 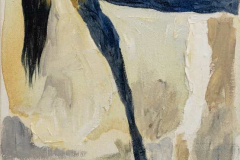 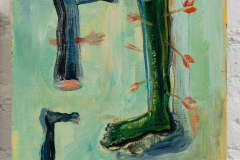 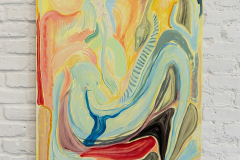